How Love Could Be

A work of light art by the British dramaturge and artist Tim Etchells.

The concept was commissioned by the Schauspielhaus Bochum as part of the festival 'This is not Detroit', which was initiated in 2014 as an artistic intervention to the closure of the Opel plant in Bochum. It reflects the death of the industrial sector in the Ruhr region since the 1970s and makes a clear statement for structural change in the Ruhr, which should not lead to a decline like that in Detroit.

Etchells originally conceived the work, which quotes a song line from one of the first releases of the legendary Detroit label Motown, for the tower of the Bochum Mining Museum. Due to budget problems, the project was on the verge of failure when Vivamo came into the picture. As a sign of commitment to the region and its culture, we took on the realisation and a large part of the costs. Our advertising technology produced the 14 profile letters, each 1,20 m high, and fitted them with 1086 LED light bulbs, which were coloured by hand to match the exact shade of red desired by the artist. An 'illuminated advertisement' of this size and an installation site at a height of 70 m were also a challenge for us, which we met with enthusiasm. In record time, we planned, checked, approved and built and finally installed it at a dizzying height. On 26 April 2014, the Detroit Festival was opened by Tim Etchells and various dignitaries from the city, region, state and federal government by lighting the HLCB on the former winding tower.

After the 4-month festival ended, all parties involved quickly agreed that the HLCB should not disappear into the darkness of an archive. Vivamo took the light artwork into its care as a permanent borrower. Since then, we have been striving to keep the radiance and message of the installation alive in the city. As a travelling artwork, we have since installed HLCB on buildings that symbolise and drive forward the awakening in the region. In addition to an indoor intermezzo for the Marketing Award at the Schauspielhaus, the HLCB hung at the Audimax of the Ruhr University Bochum and at the Hochschule für Gesundheit. A highlight was certainly the installation on the roof of the former Opel administration building, which now houses start-ups under the name O-Werk and is thus the place that proves like no other that Bochum is deep in the West, but far away from Detroit.

The story is not finished yet... 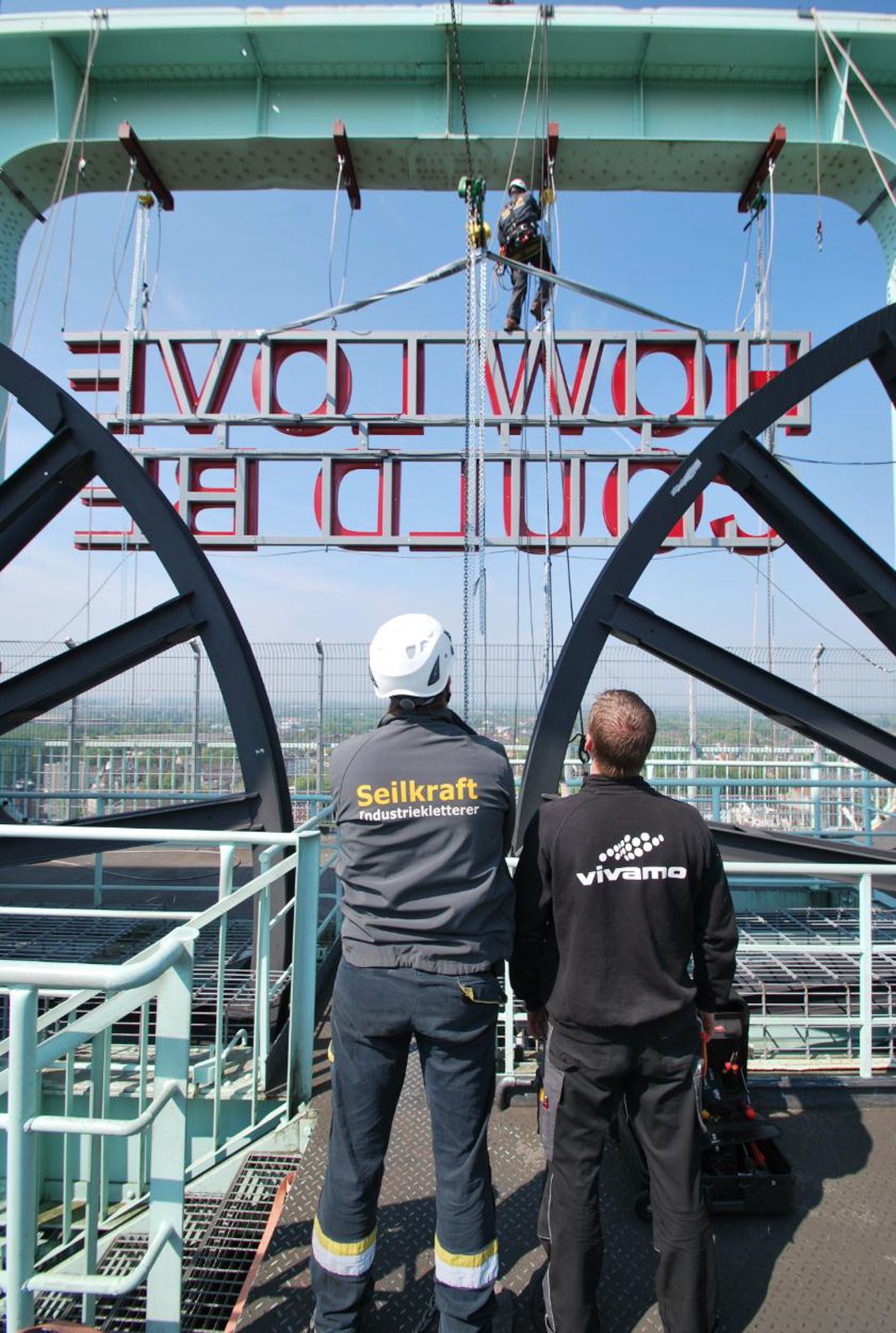 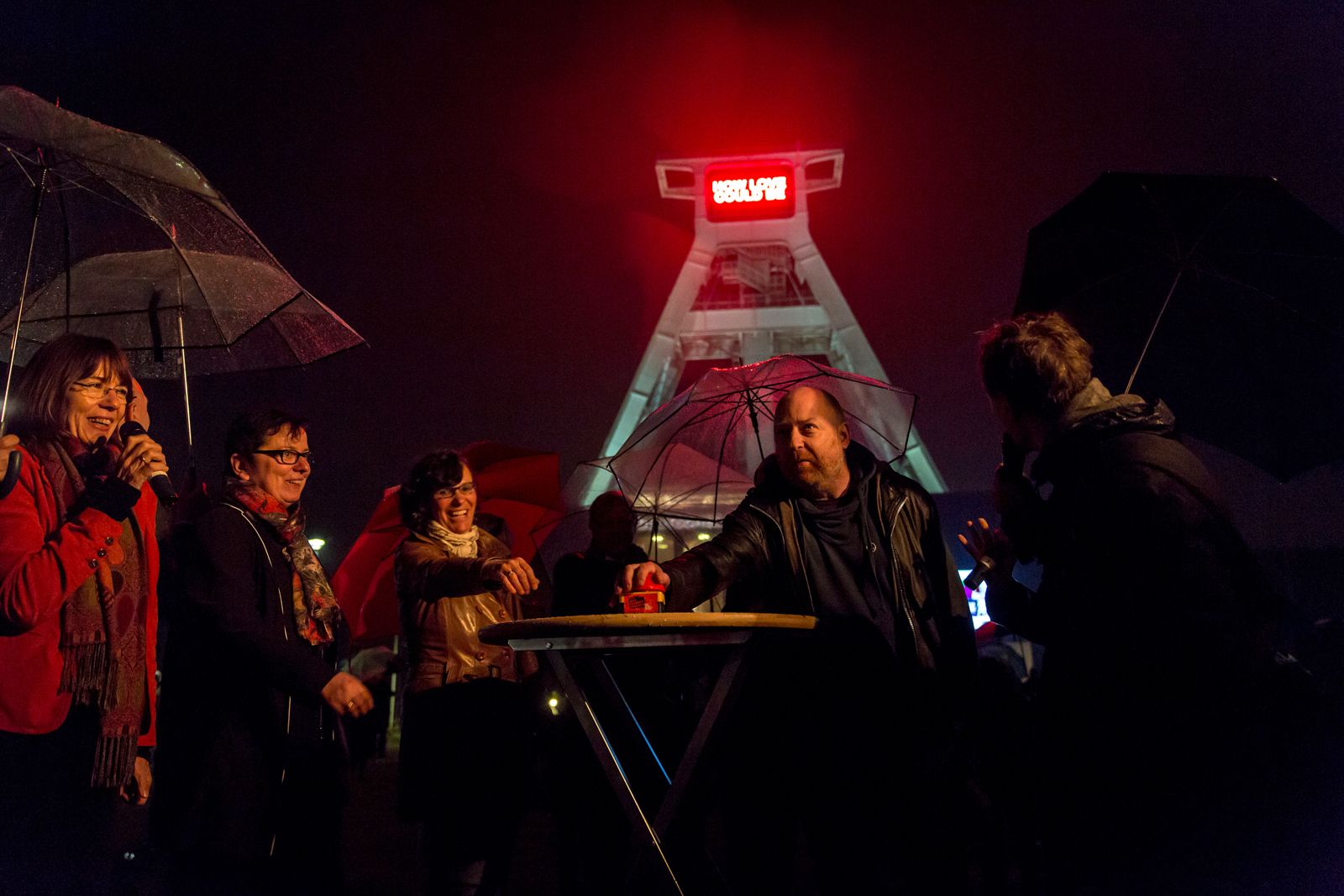 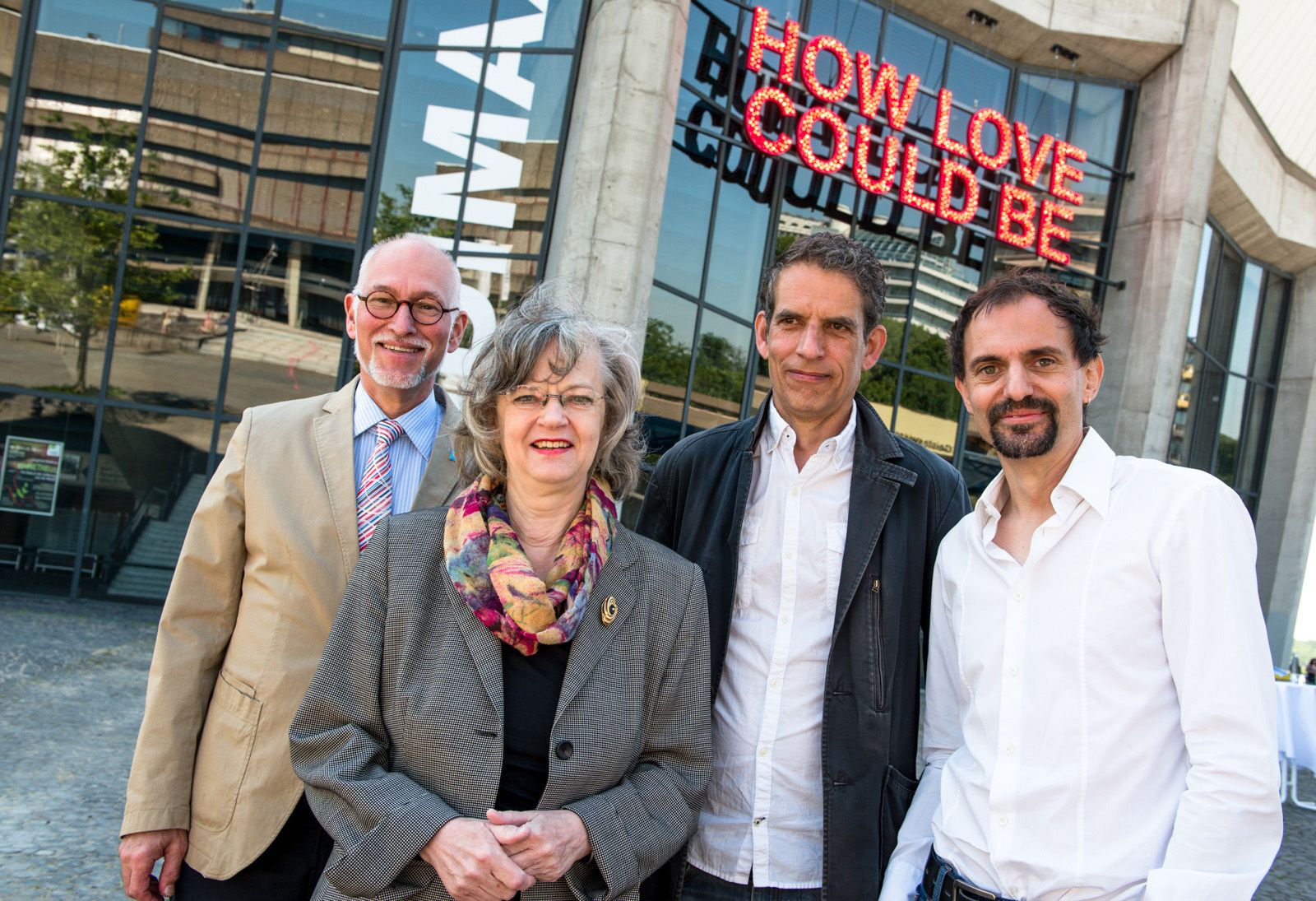 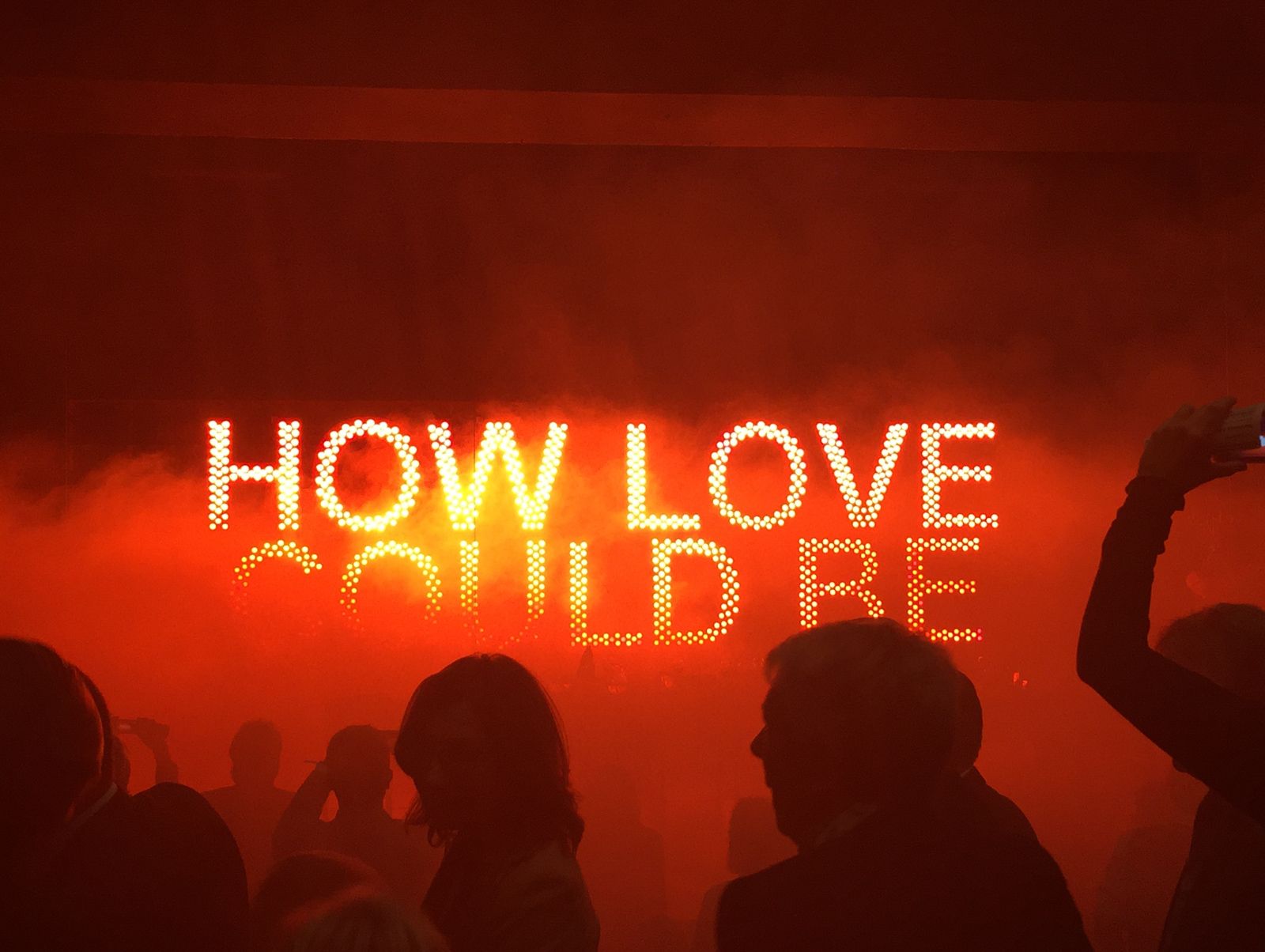 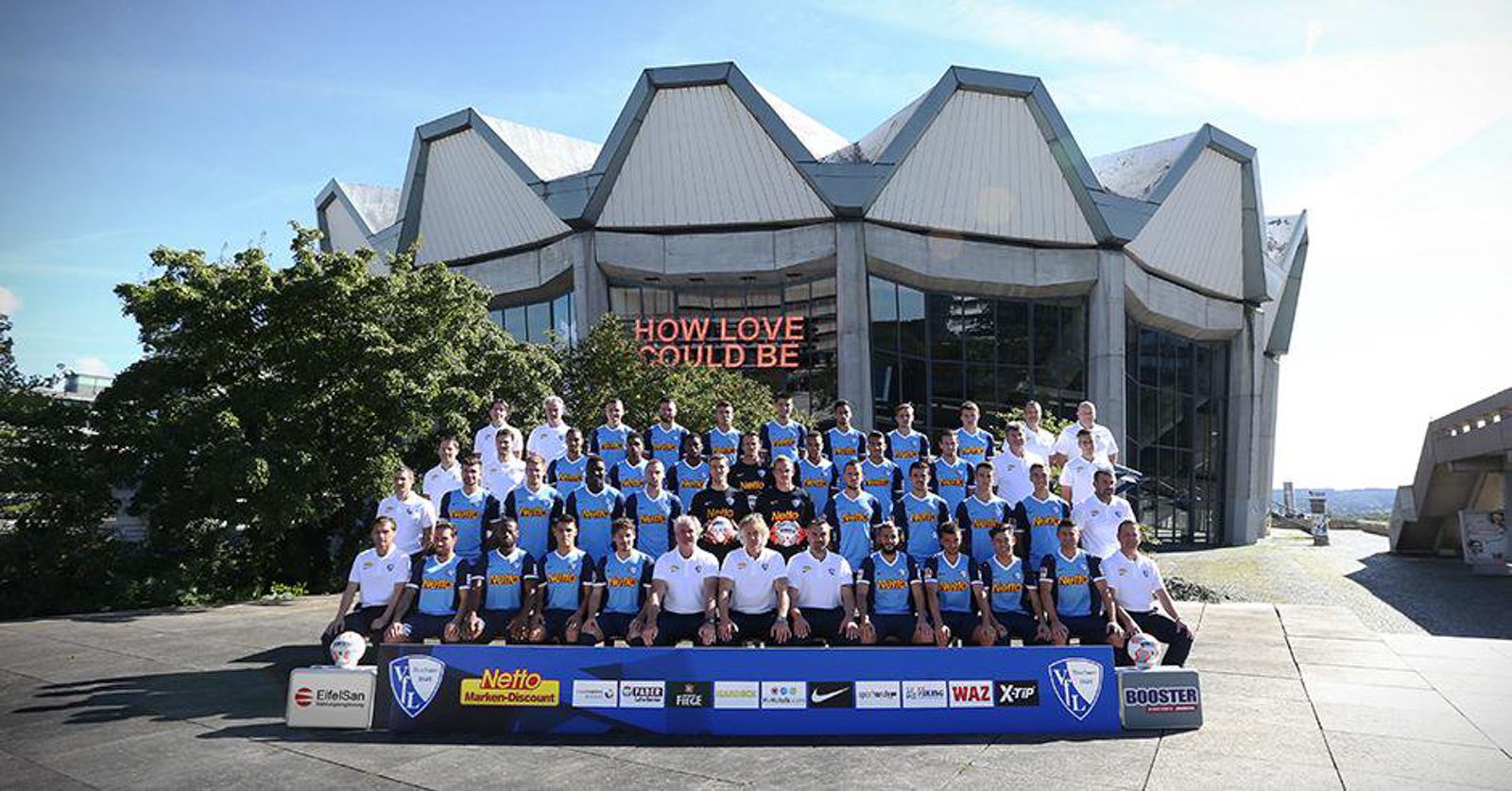 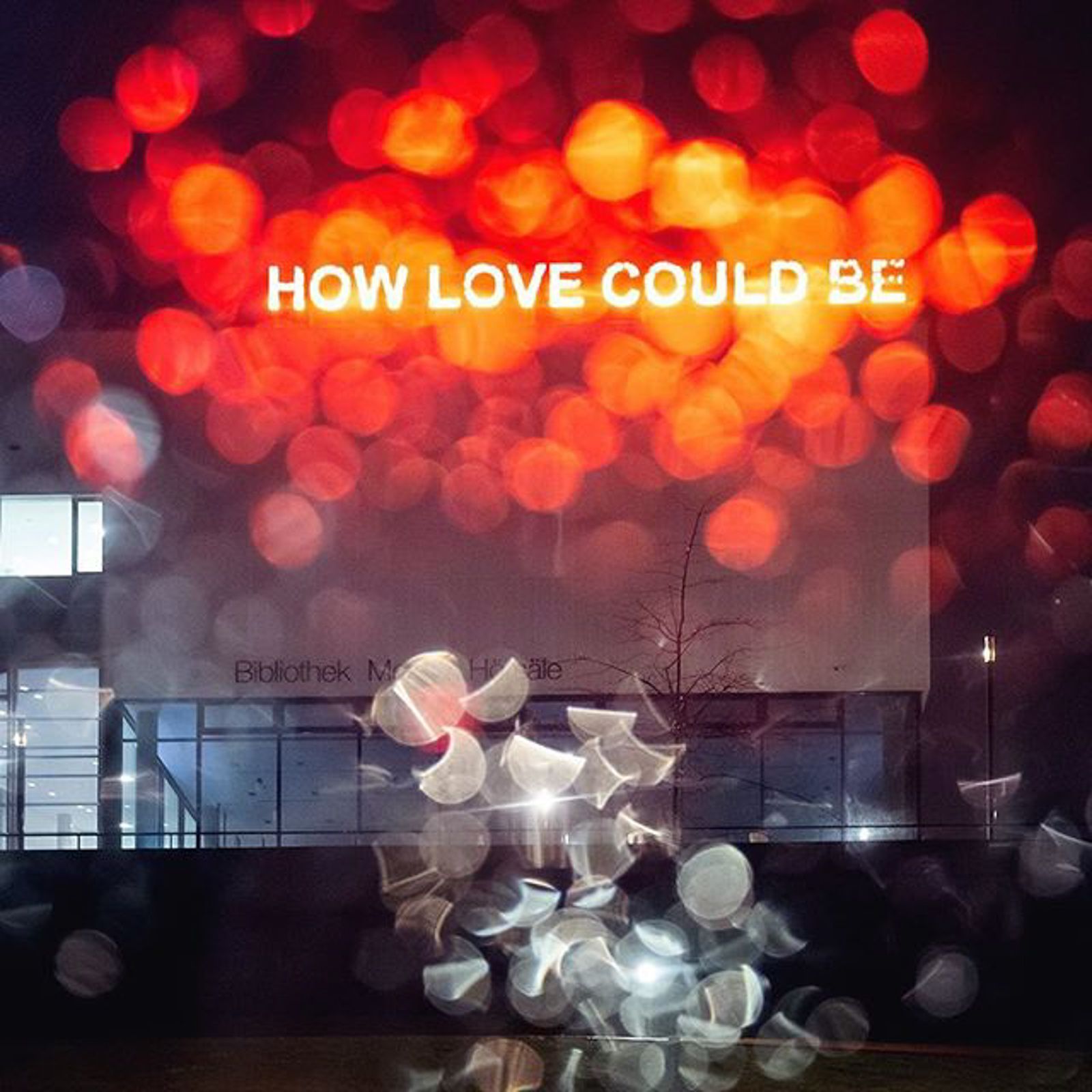 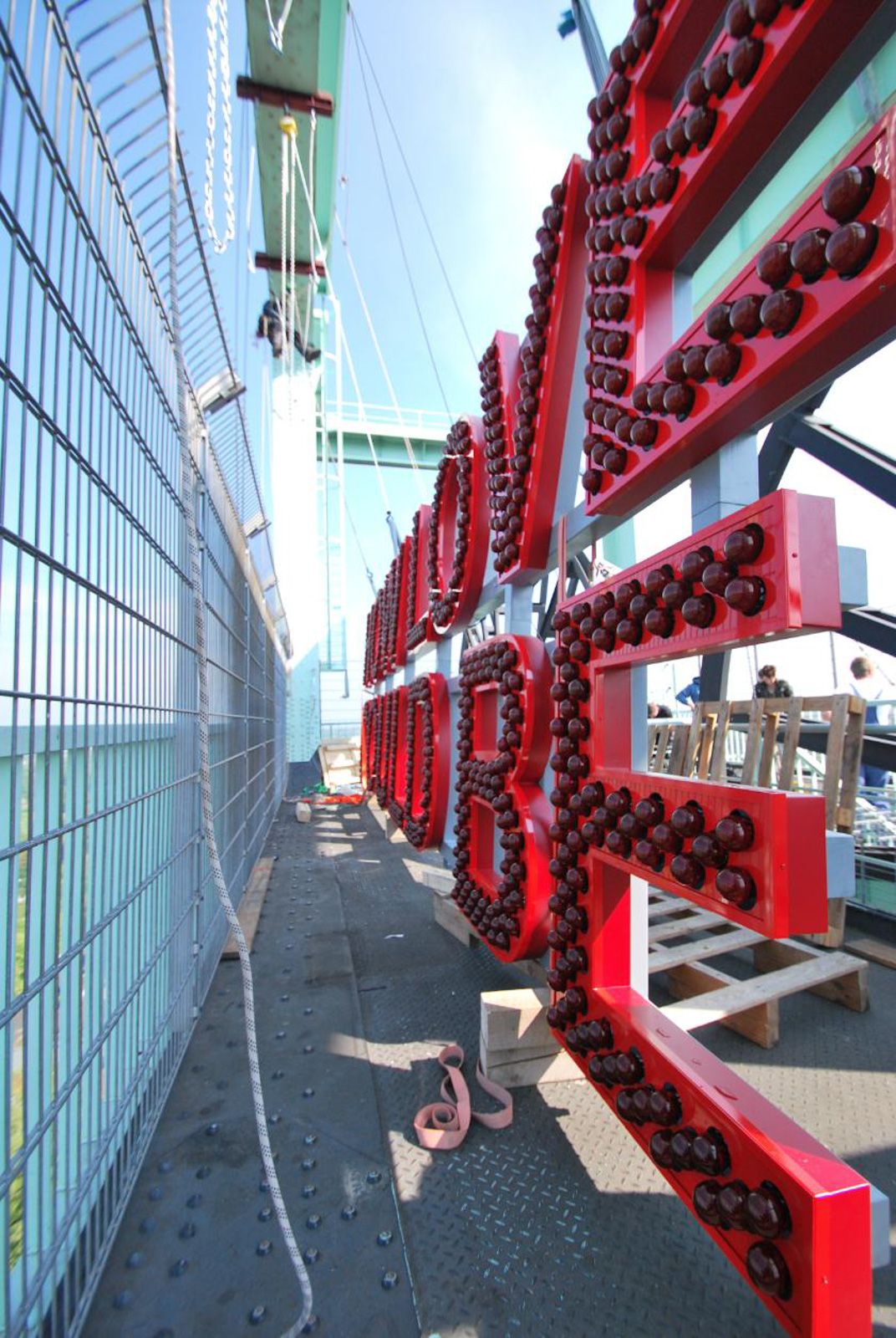 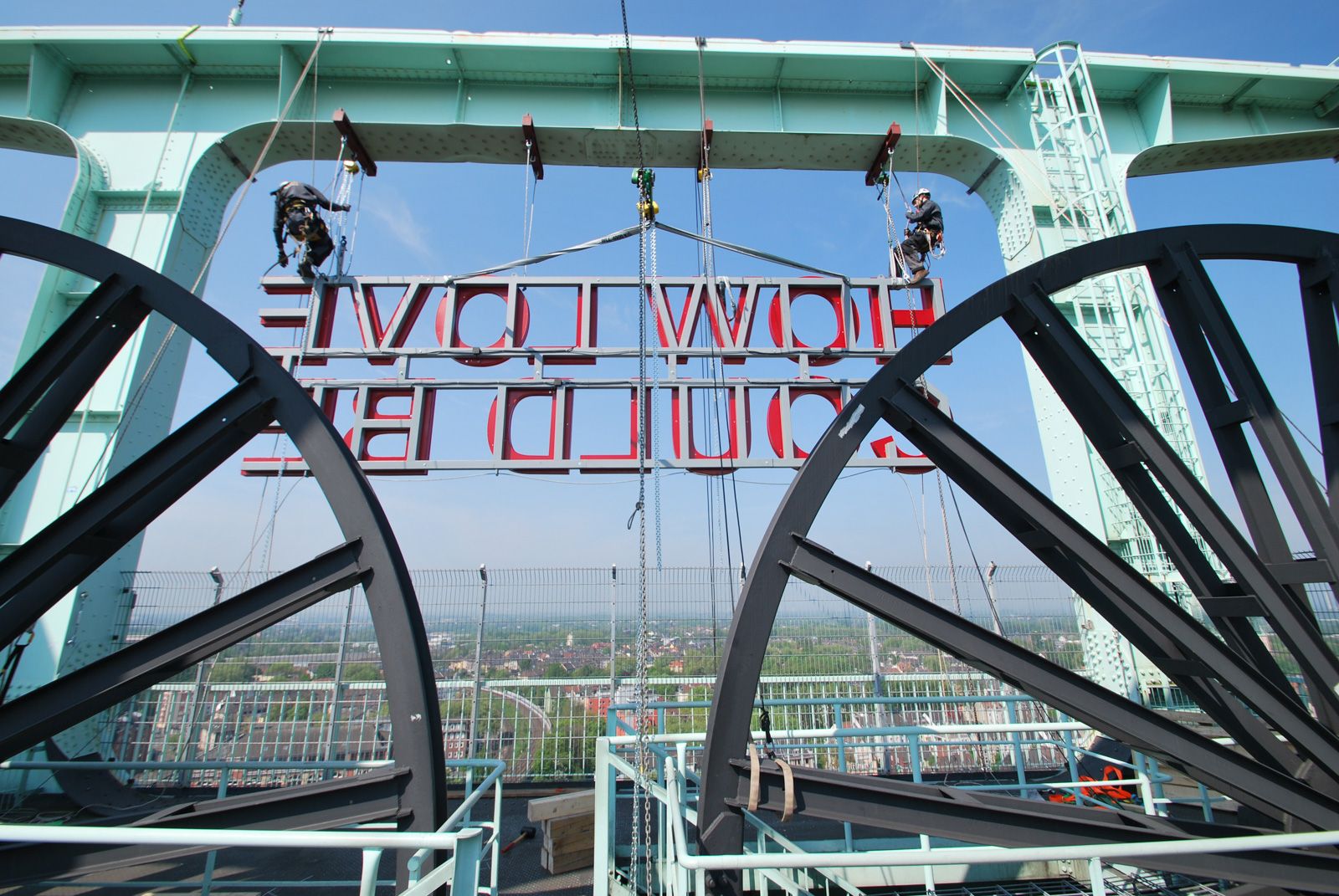 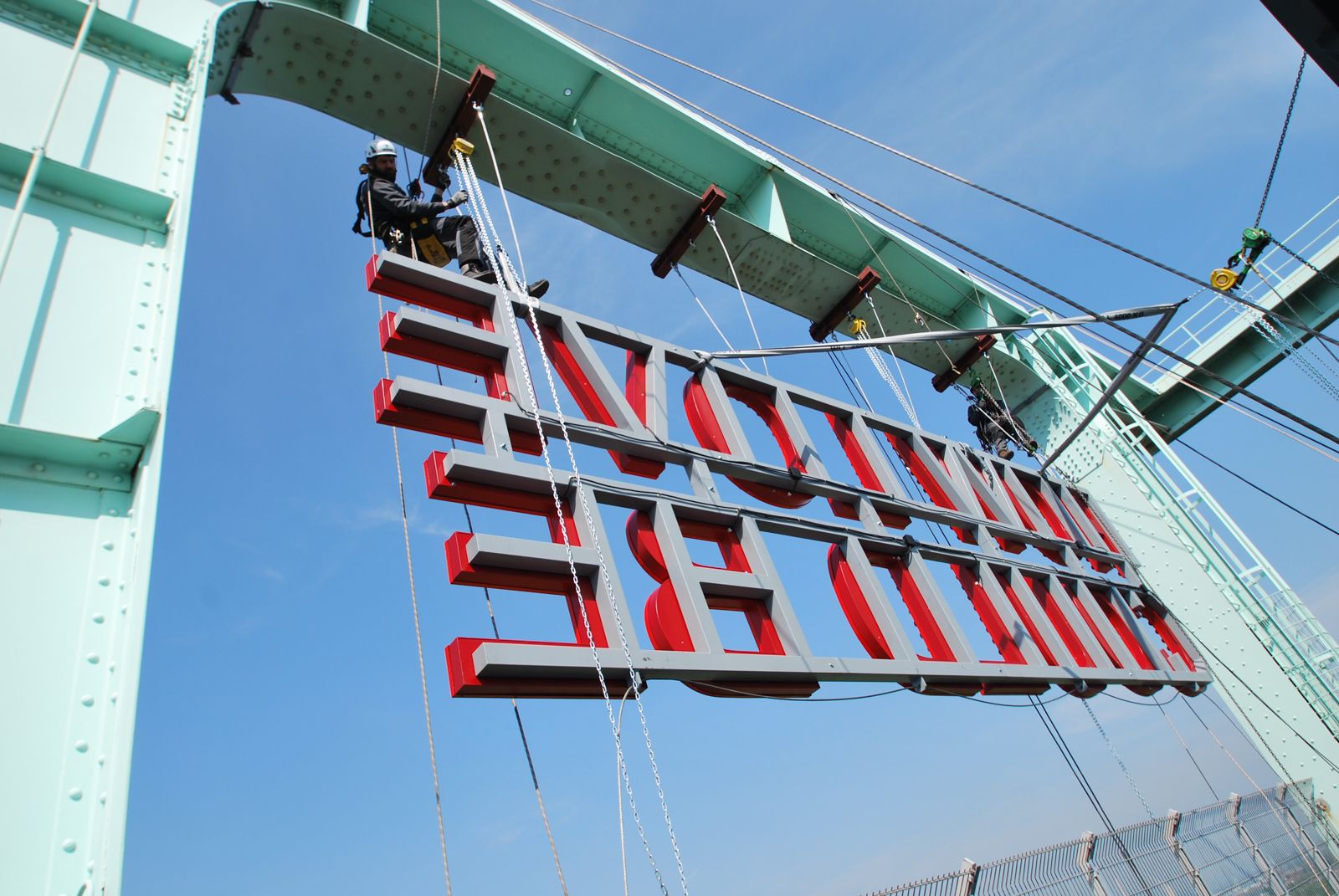 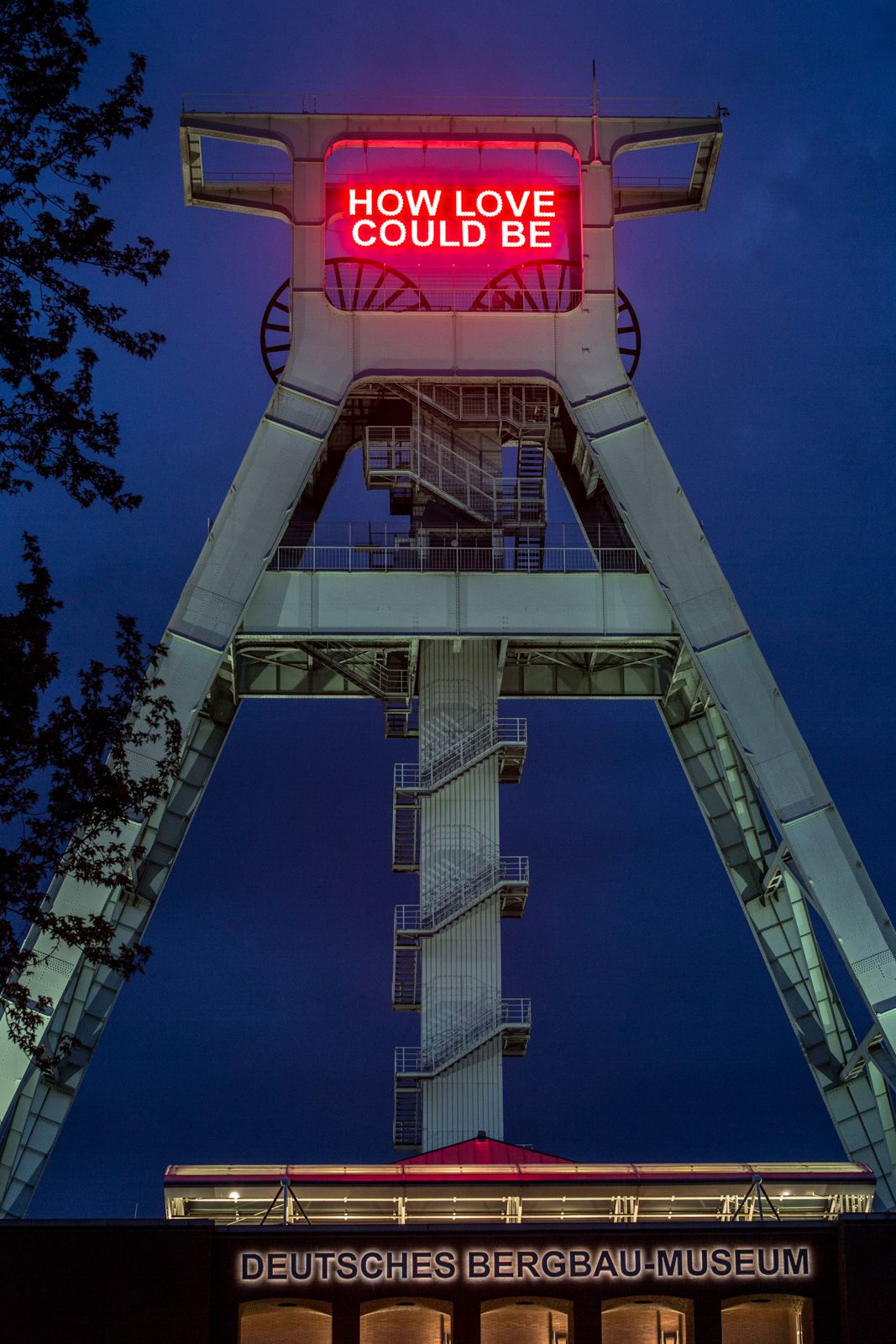 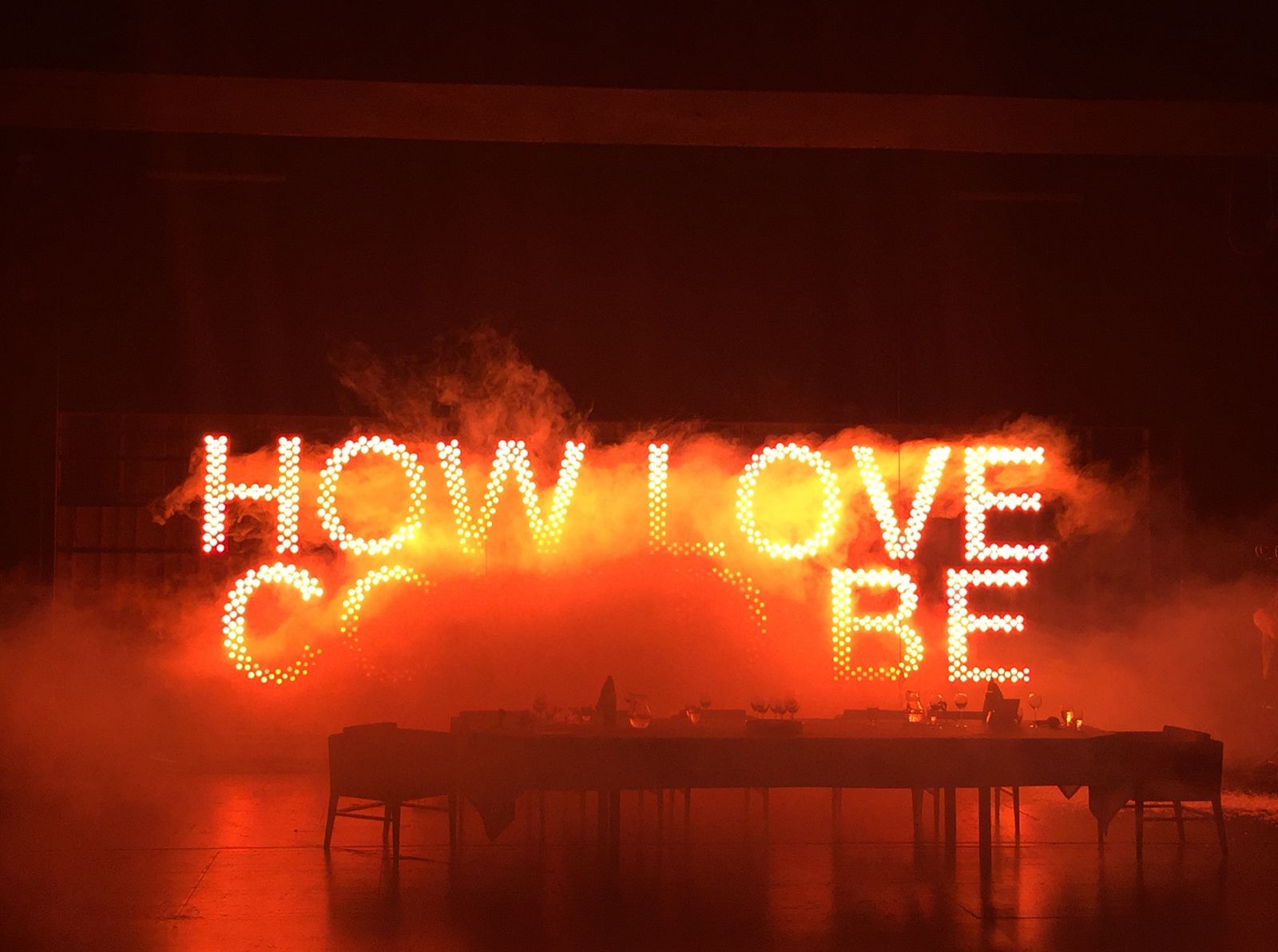 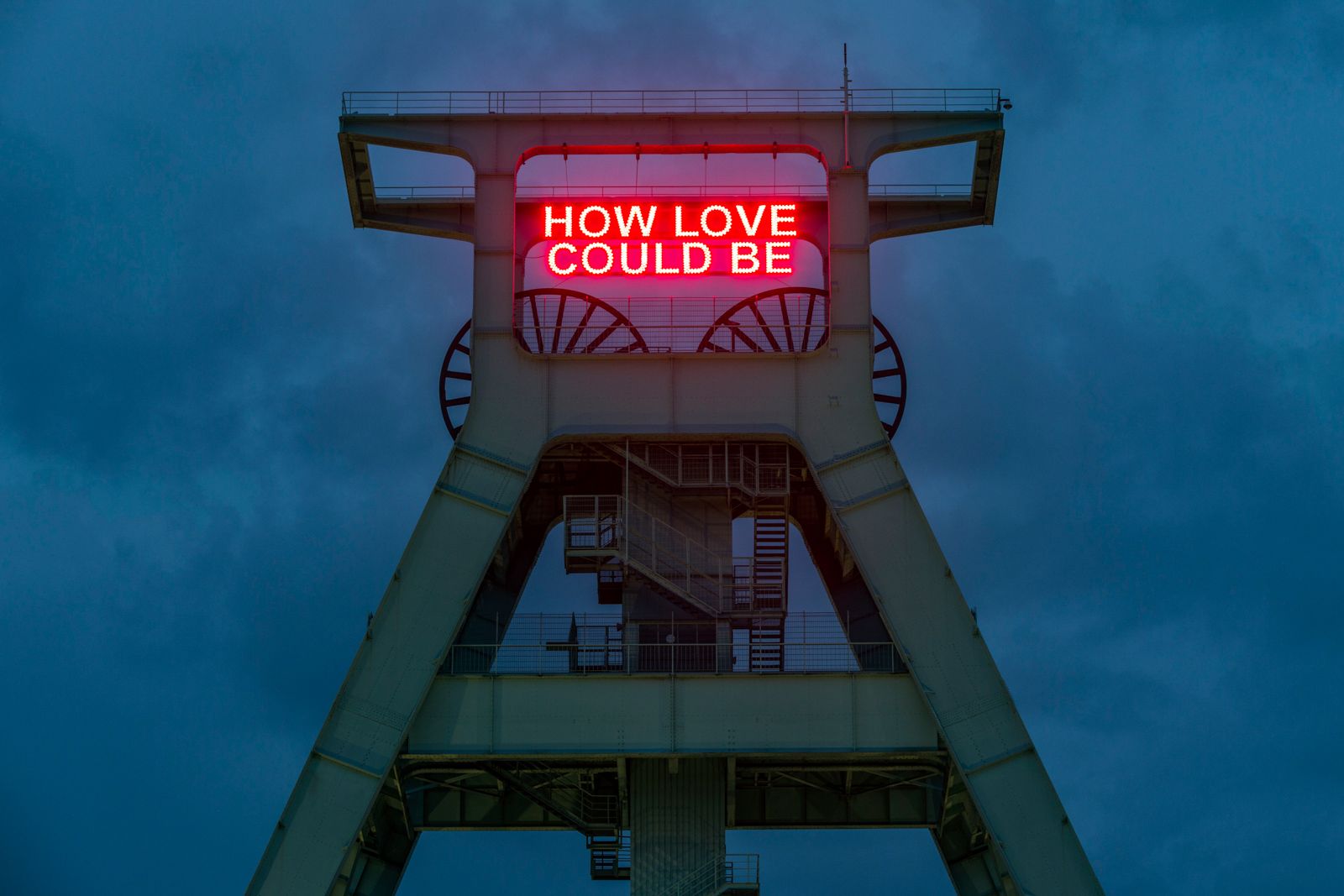 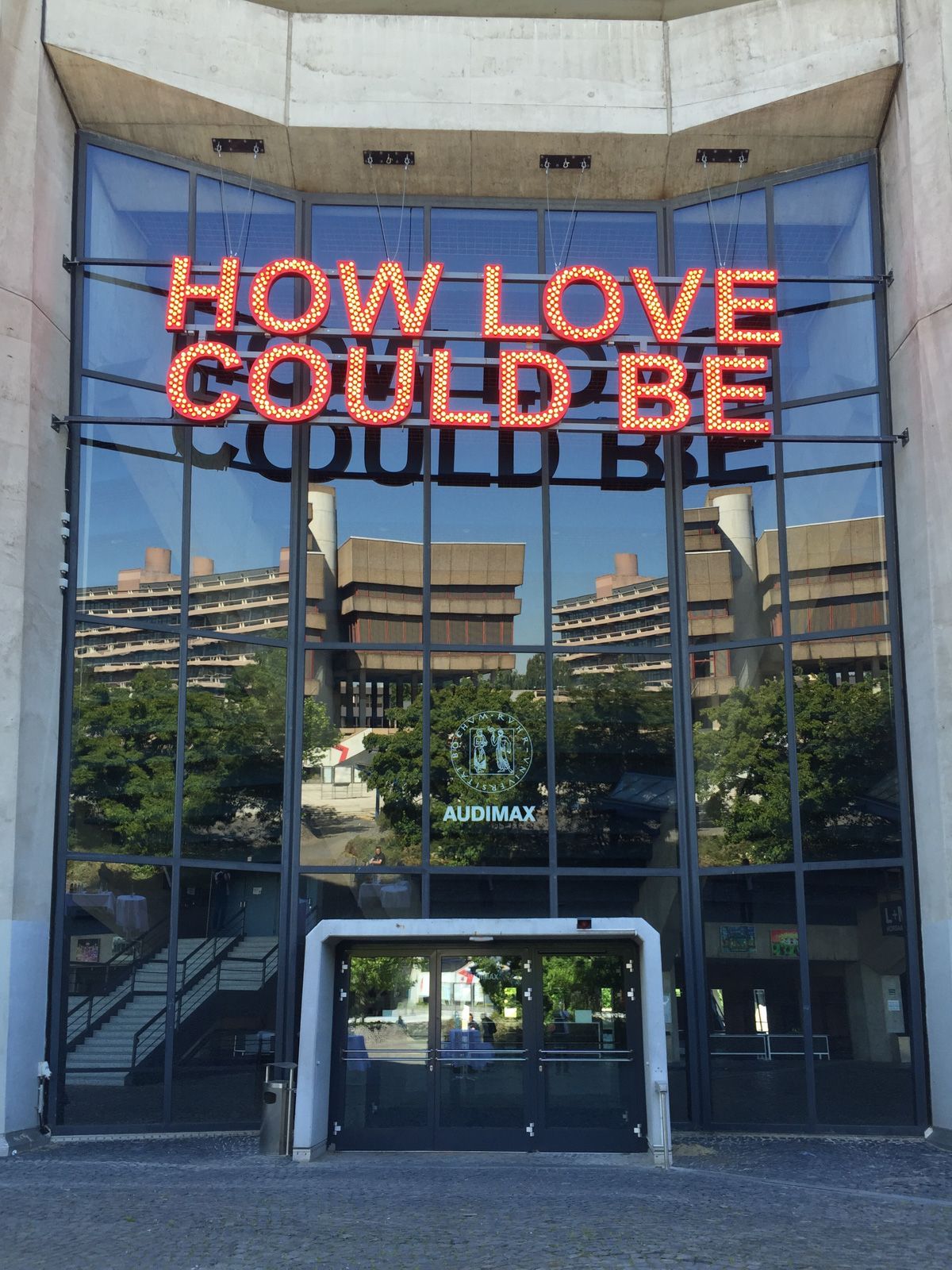 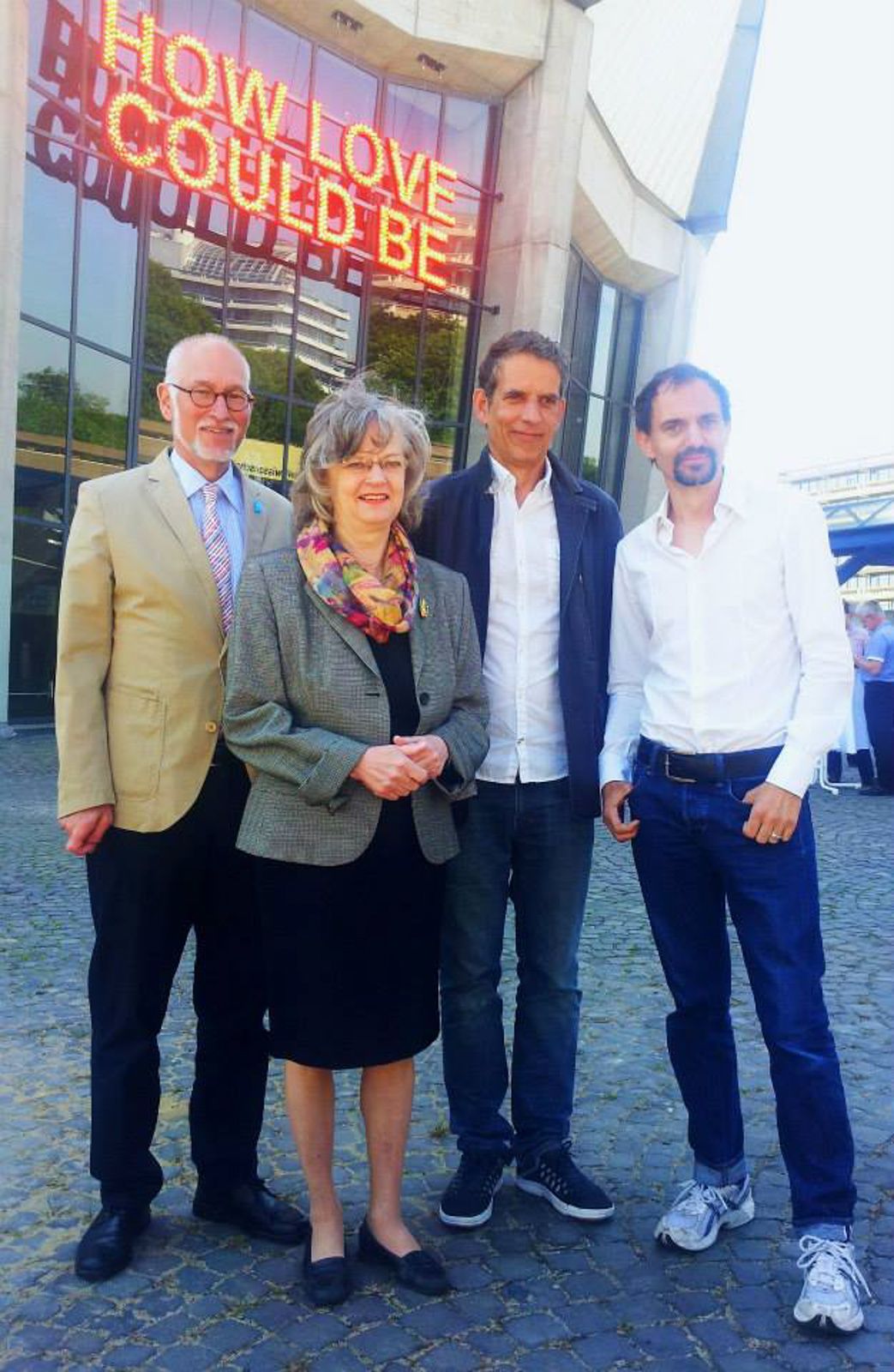 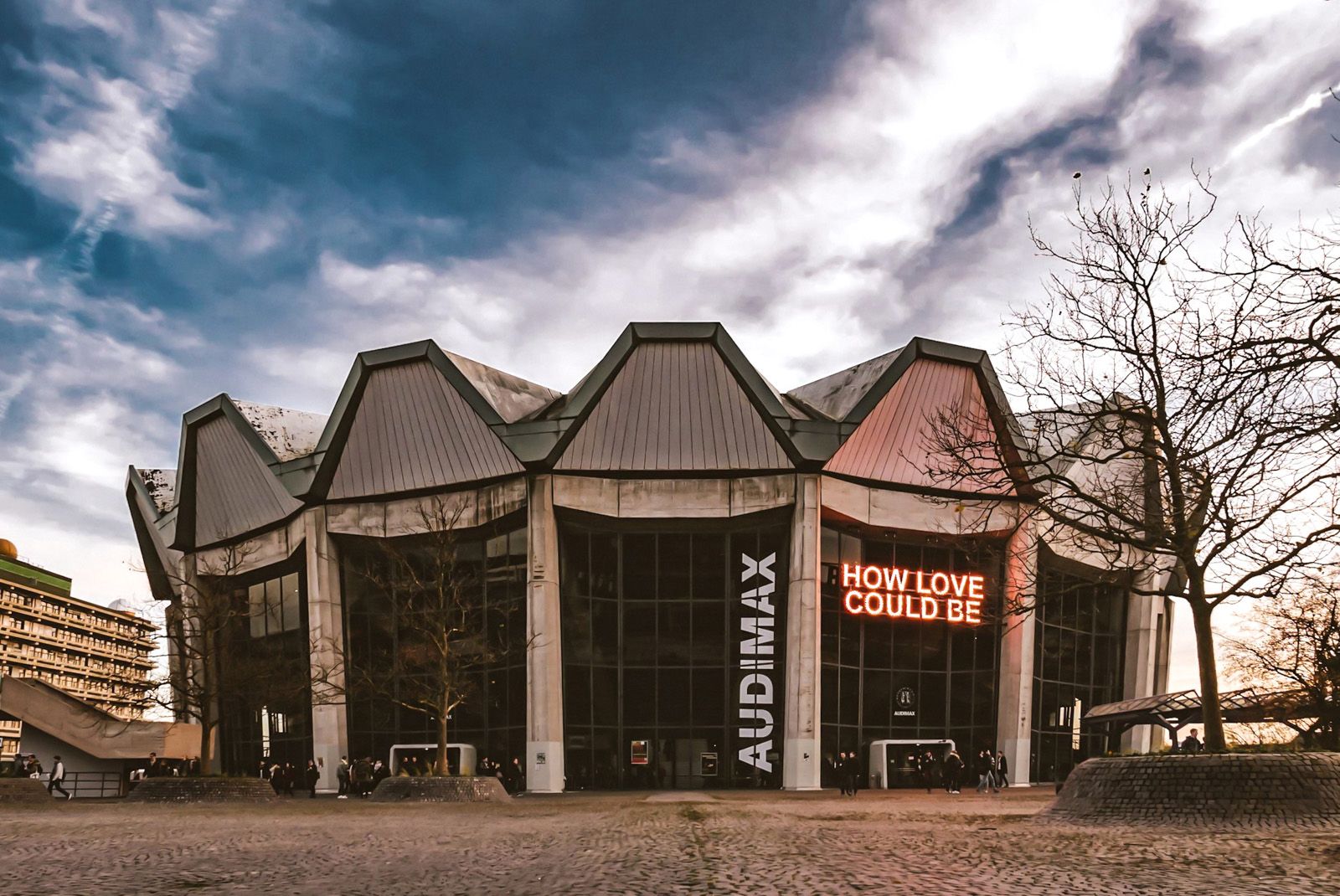 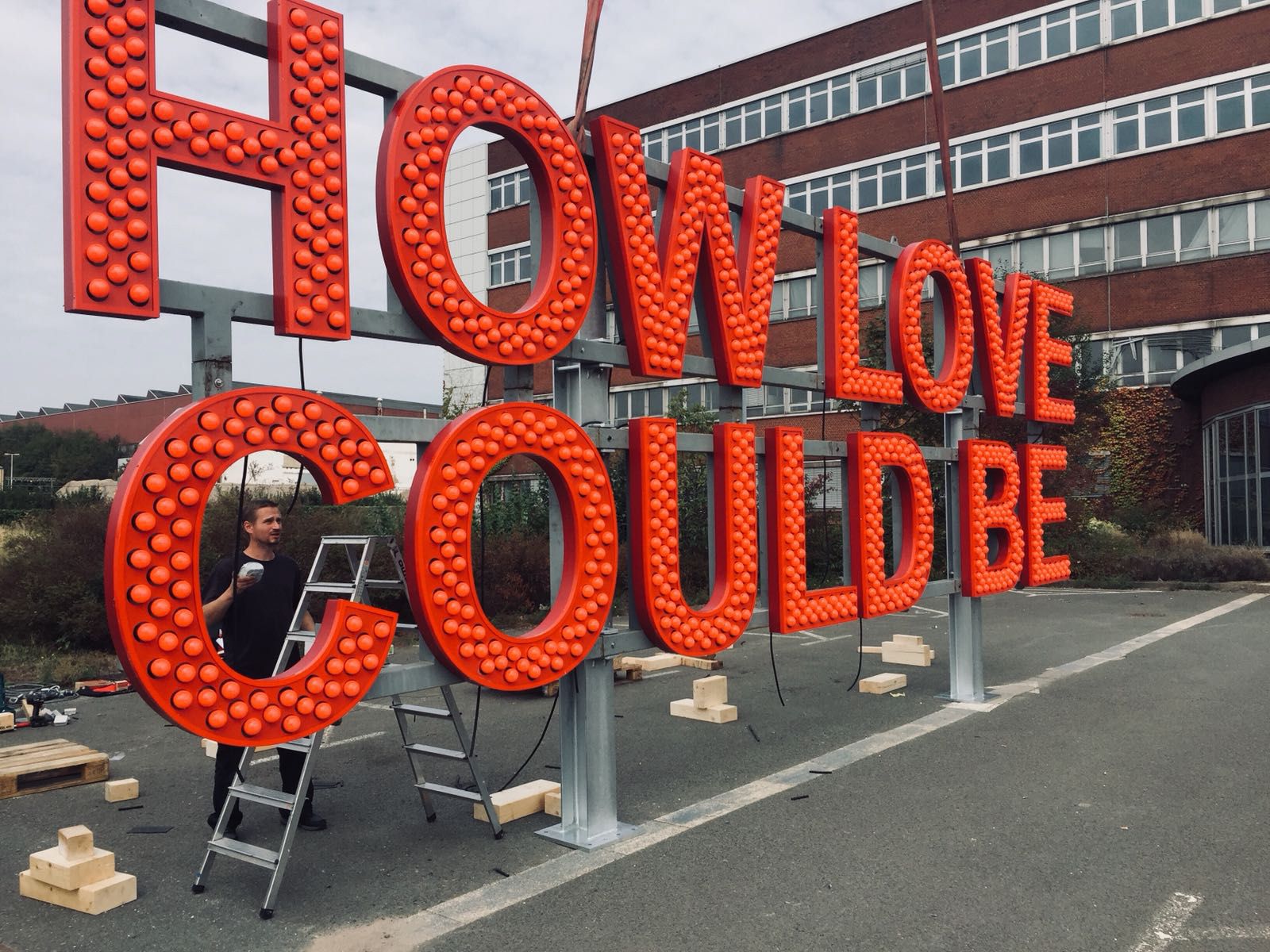 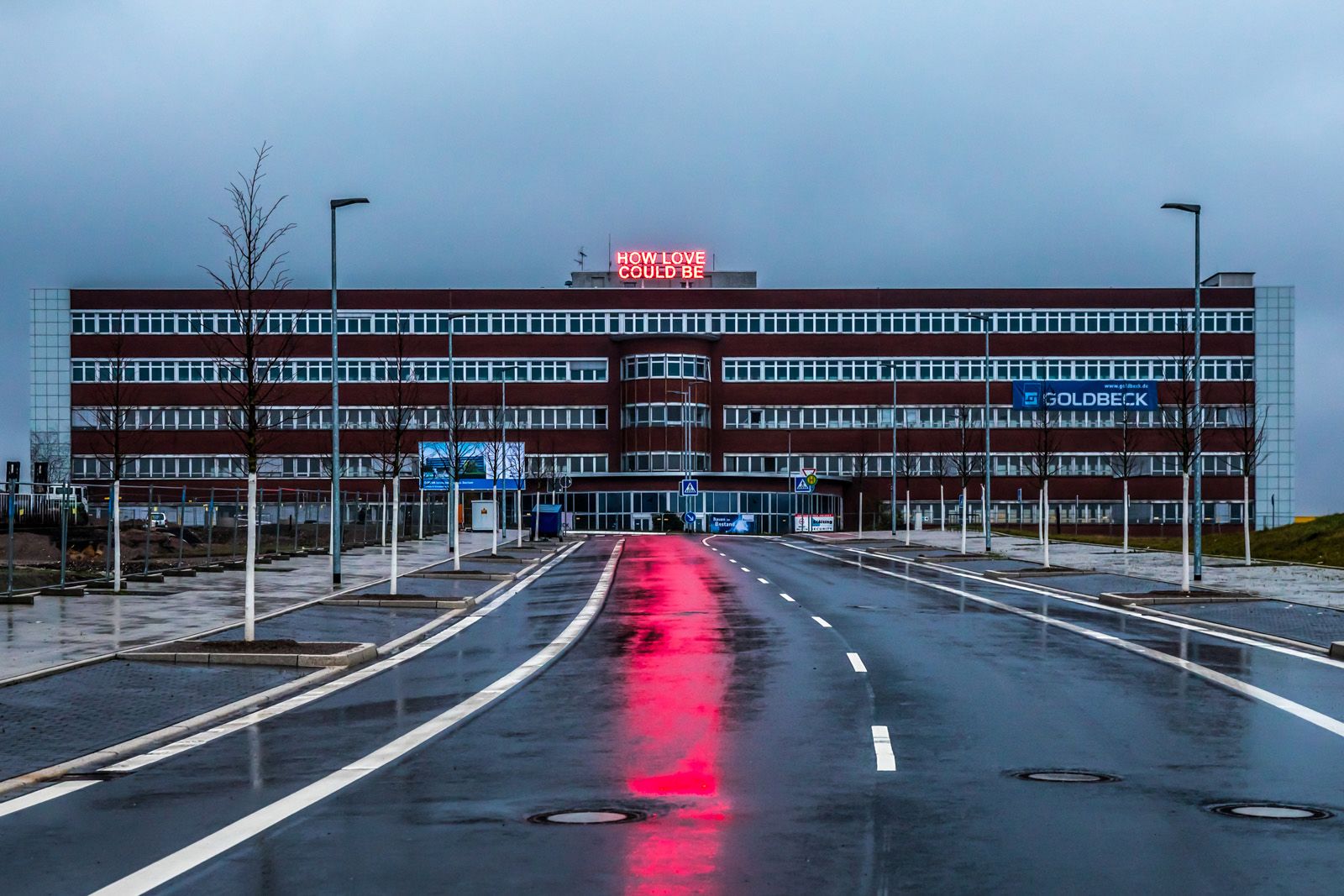 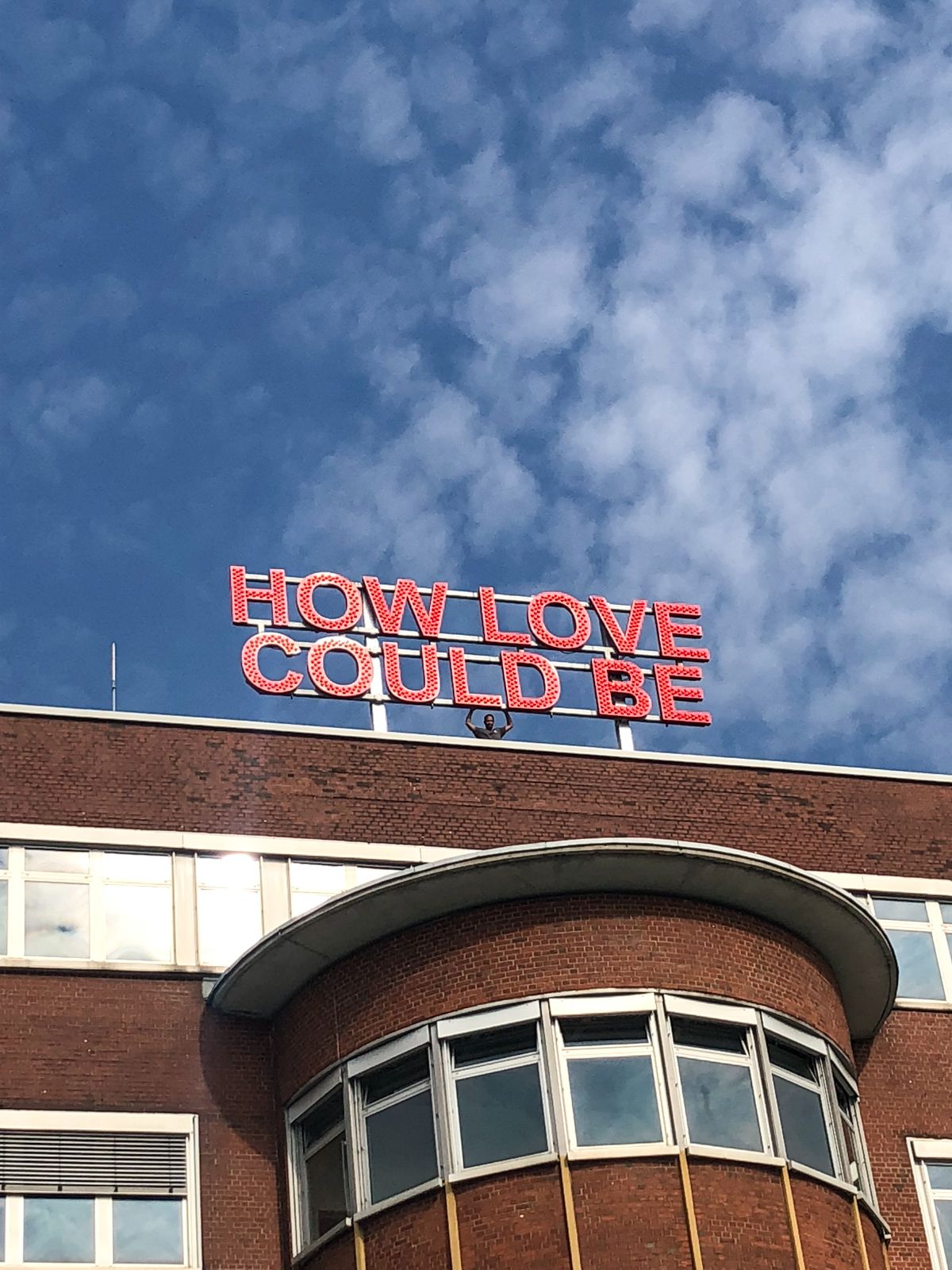 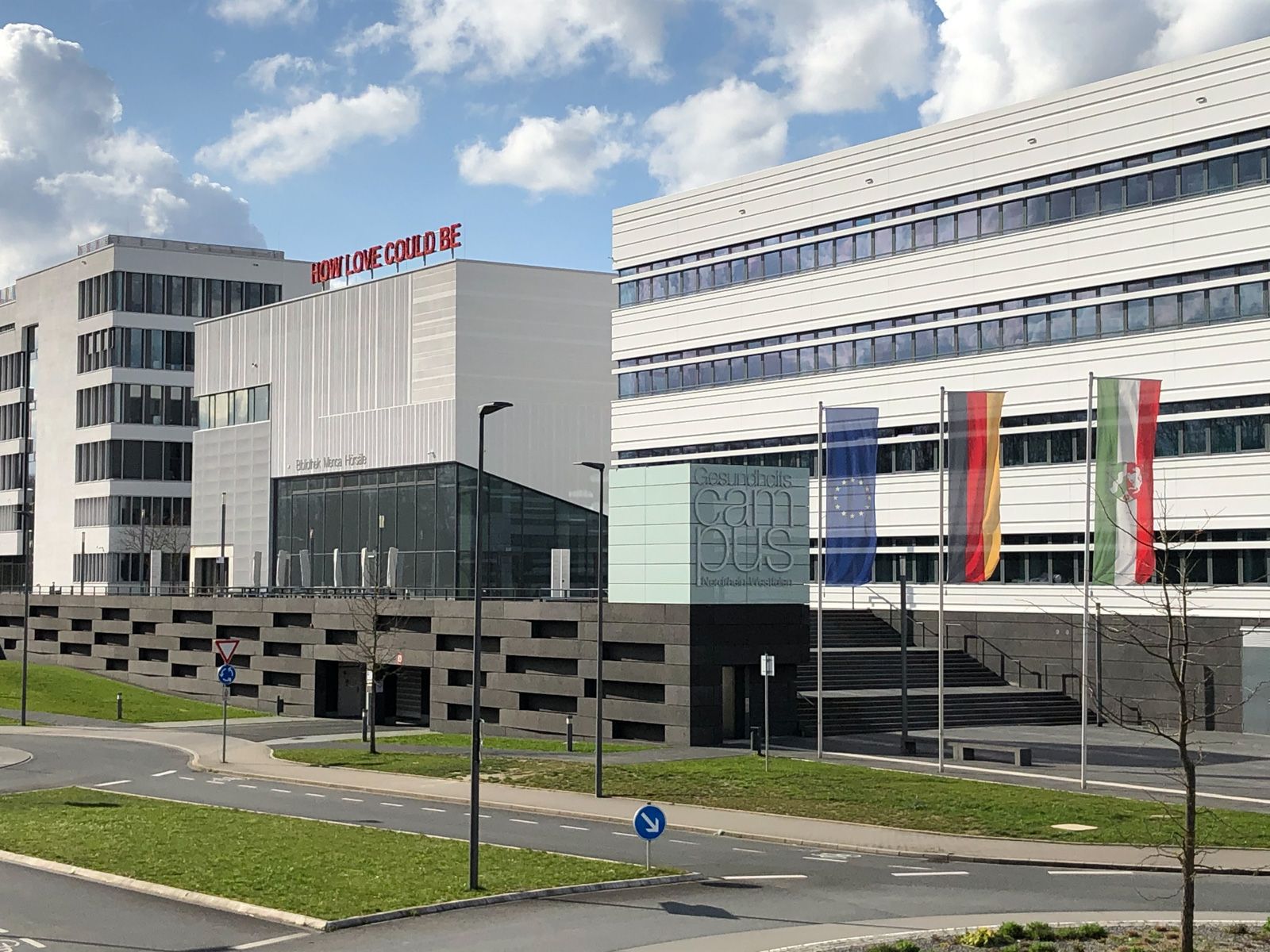 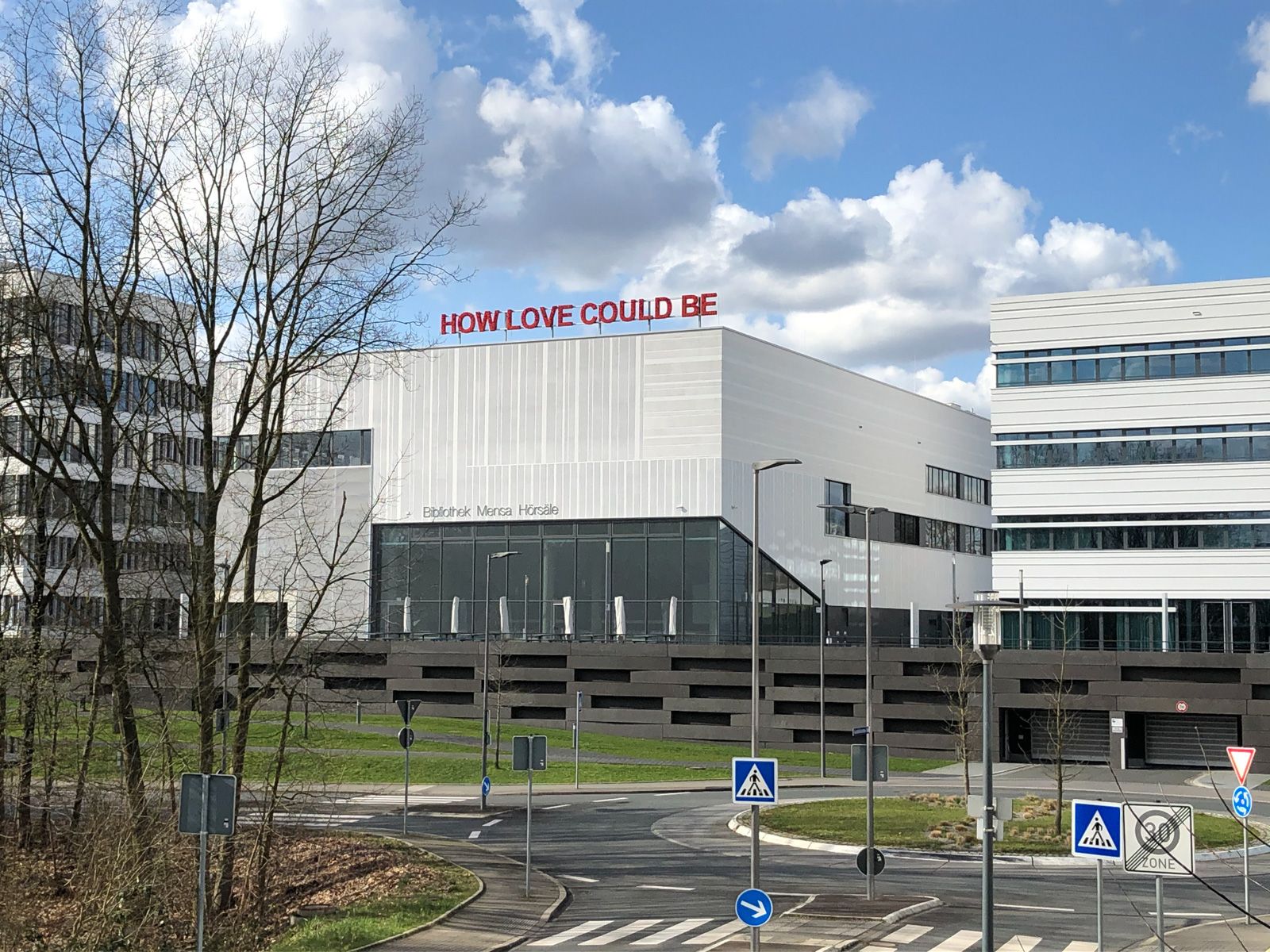 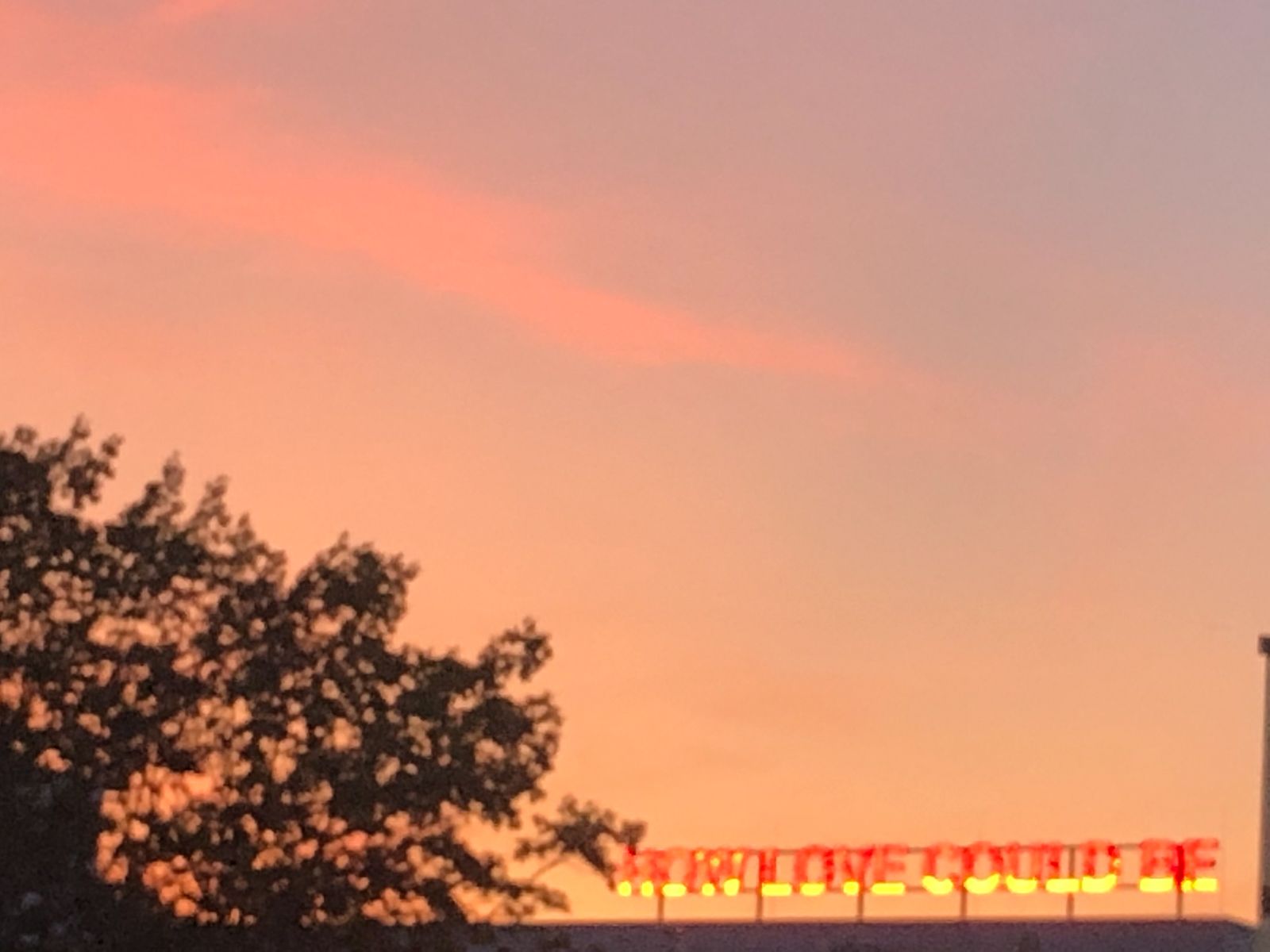